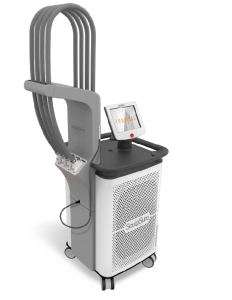 leader in laser- and light-based aesthetic treatments, today announced that it has received 510(k) clearance from the U.S. Food and Drug Administration (FDA) to market SculpSure™, the world’s first hyperthermic laser treatment for non-invasive lipolysis of the flanks. Cynosure plans to introduce SculpSure through its U.S. direct sales force late in the second half of 2015.

Utilizing patented technology, SculpSure is a clinically proven and safe treatment designed to reduce fat non-invasively by disrupting subcutaneous fat cells. The versatile, hands-free device features a flexible applicator system to treat multiple anatomical areas of the body. SculpSure, which uses a 1060 nm laser, can treat an anatomical area in approximately 25 minutes. Patients are able to achieve desired results without downtime or surgery.

“SculpSure represents an entirely new approach to non-invasive lipolysis, one that is safe and highly effective in reducing adipose tissue and does so in significantly less time than other current treatments,” said Cynosure Chairman and CEO Michael Davin. “We believe that the combination of these benefits enables us to offer practitioners the lowest total cost of ownership of any non-invasive lipolysis treatment on the market today, which in turn significantly enhances their return on investment.”

Abstracts presented at the 2015 American Society for Laser Medicine and Surgery Annual Conference featured clinical data from approximately 100 subjects treated with SculpSure in multicenter studies at two U.S. sites. Researchers saw statistically significant reduction in adipose layer thickness, six and 12 weeks post-treatment. SculpSure is intended for individuals with a body mass index (BMI) of 30 or less. According to the World Health Organization, in 2014 approximately 1.3 billion adults 18 years and older worldwide were overweight.

“While SculpSure is our first non-invasive lipolysis treatment, the device leverages the expertise we have gained through the successful development and commercial launch of products including SmartLipo™ and Cellulaze™,” Davin said.  “It is a customer base and a treatment area we know extremely well. This clearance marks an important step in a broader marketing strategy that includes expanded treatment indications and new geographic markets.  Currently, for example, we are pursuing FDA 510(k) clearance of SculpSure for non-invasive lipolysis of the abdomen, one of a number of potential catalysts we believe will help drive adoption of this technology.”

The Doctors TV Show Puts SculpSure to the Test Could there be a way to burn fat without breaking a sweat? Plastic Surgeon Dr. Christina Petti and our test subject...

Kyle Richards Explains Why She’s So Excited About SculpSure How did you get involved with SculpSure? KYLE RICHARDS: When I heard what it was I was so excited. I...

New year, new you? That’s the most common line this time of year, and now there’s a way to help make that happen (when it comes to physical traits,...

JOIN OUR EMAIL NEWSLETTER TO GET THE LATEST UPDATES AND SPECIALS